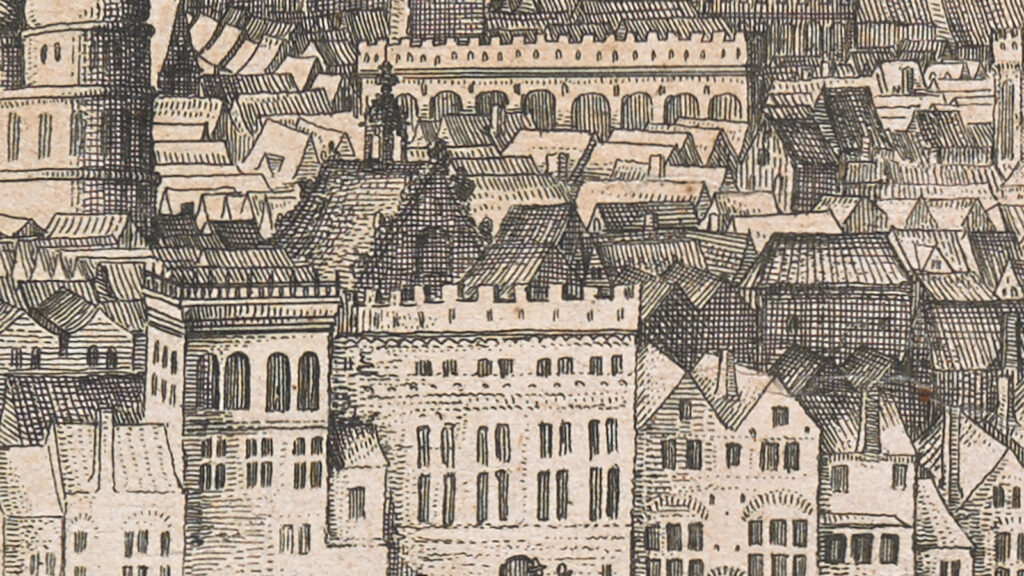 Shakespeare, like John Florio, experienced exile: this theme is present in many Shakespeare’s plays and John Florio’s works.

John Florio’s life was dramatically affected by his identity as an exile. His father Michelangelo Florio was a Franciscan friar who turned Protestant and for this reason he was arrested for heresy, and subsequently imprisoned in Rome. After two years of imprisonment, he was brought to trial and condemned to death. But he managed to avoid execution by escaping from prison on 6 May 1550. Searching for a safe refuge, he left his native Italy and settled in France, travelling through Lyon. After arriving in Paris, he managed to get passage on a ship to reach the safety of England and on 1 November 1550, he arrived in the City of London. John Florio was born two years later. In 1554, Mary Tudor ascended to the throne and she re-established Catholicism in England and Ireland. Consequently, on 4 March 1554, Michelangelo and his family, which included infant John, were forced to leave England, living for a short time in Strasbourg and finally settling in Soglio. John Florio returned to England almost two decades later, but his identity as an exile would mark his life forever.

Some Florio’s works underline the xenophobia foreigners were subjected in the Elizabethan era. In “First Fruits”, Chapter 27, John Florio mentions the Englishmen “yl manered toward strangers”:

I wyll tell you, some are well manered, but many yl

Toward him are they yl manered?

In Second Fruits, 1591, John Florio wrote that some Englishmen had a “knife at command to cut my throat” because “An Englishman in Italian is a devil incarnate”, exposing the threats he had received by his enemies. The paremia An Italianate Englishman is a Devil incarnate conveys the xenophobic message against Italians and Italianate feelings. Written by Roger Ascham in his book The Schoolmaster, this proverb was used by those who opposed both the Italianate fashion and the presence of Italians in England, offering the English version of it: “You remaine men in shape and fashion but becum devils in life and condition.” In that period, a literature symbolising these anti-Italian feelings spread throughout England. John Florio was not only seen as a dangerous alien who wanted to improve English language and literature, but also as a threat to other English writers, an ambitious writer who was “taking the bread out of English mouths in many skilled threads and professions.” 1

SHAKESPEARE, FLORIO AND THE THEME OF EXILE: XENOPHOBIA

It is also important to consider that from 1517 onwards, after that famous Evil May Day in which many foreigners were killed in London, foreigners in England were often subjected to violence by the English who saw foreigners as a threat to their jobs. The play Thomas More, where Shakespeare wrote an act, deals with precisely these problems. When Shakespeare wrote his part in Thomas More it was 1592, the time when John Florio was most under attack from his enemies. For him, acting discreetly, if not anonymously, was a matter of life and death, as it is stressed by Florio himself in the following sentence, which sums up the dangerous situation he was in:

”I know they have a knife at command to cut my throate.”

Different researches 2 and studies 3 have highlighted how the theme of exile and banishment is present in many Shakespeare’s plays, like in The Tempest, Coriolanus, As you like it, Henry IV, Richard III. British scholar Jane Kingsley-Smith, in her Shakespeare’s Drama of Exile examines the theme of exile in Shakespeare, noting that 14 of the 38 plays “represent the banishment of one or more central characters. If we include minor characters and self-imposed exile, that number is considerably increased” 4 Lamberto Tassinari 5 states that “any reader of the plays and sonnets of Shakespeare is compelled to wonder why the theme of exile is so prominent. Even at a quick glance, exile appears to be much more than a simple motif or literary topos for the author“.