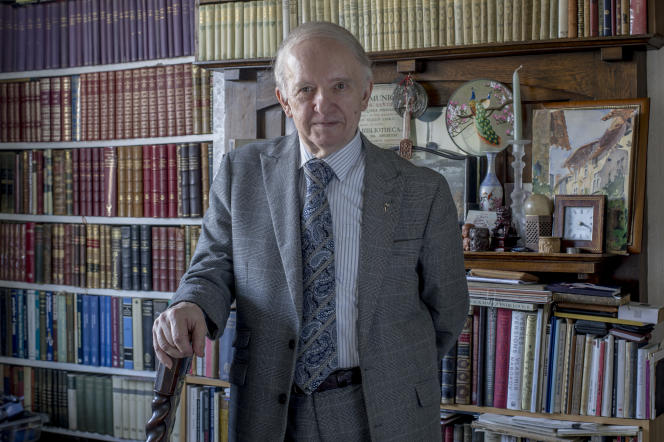 Astronomy reopens questions about SHAKESPEARE’S AUTHORSHIP. According to physicist AND president of the european academy of sciences, arts and letters jean-patrick connerade, the hidden author is john florio.

Let’s talk about Shakespeare’s authorship: who wrote Hamlet, Macbeth, Romeo and Juliet…? Shakespeare, you may say. Yes, but what if the identity of this giant has been a sham for over four centuries? What if the author of this cult work, full of sound and fury, of unlimited poetry, was not the man we all know – albeit very poorly: the son of a glove-maker, born on 23 April 1564 in Stratford-upon-Avon, who became a theatre administrator and grain trader?

What if William Shakespeare was the greatest literary fraud of all time? For two centuries, the question has been debated. It is a question that has dogged the experts on the great playwright. Almost all of them are convinced Stratfordians: for them, this monument of literature is indeed the “Stratford man”. Any questioning of his identity is seen as an attempt at misinformation.

“We are generally very annoyed by this return of conspiracy theory,” says François Laroque, professor emeritus at the Sorbonne Nouvelle.

THE BARD: A NATIONAL POET

Since the nineteenth century, scholars have torn themselves apart over the spectre of the “Bard”.

“The Bard is a national hero: he raises a voice with which many identify. This partly explains the difficulty of disputing his identity,” notes Daniel Bougnoux, professor emeritus at the University of Grenoble.

In all, more than 70 contenders – most of them eccentric – for Shakespeare’s throne were proposed. Four appeared more serious, but all were disqualified.

All but one? A fascinating character is now emerging from the shadows: John Florio, a humanist and adventurer. According to his supporters, he is the credible author of the Bard’s works. Eleven years older than William Shakespeare, he was a polyglot scholar. His father, Michel-Angelo Florio, was a Franciscan friar who converted to Protestantism before migrating to England to escape the Inquisition. This Michel-Angelo was himself the son of an Italian Jew who converted to Catholicism. Cosmopolitan vertigo. John Florio, for his part, was a “word freak”. He translated Montaigne and wrote two monumental encyclopaedic dictionaries (1598 and 1611) and was the perfect emblem of the Renaissance man.

This candidate now has an astonishing advocate: a physicist-poet, Jean-Patrick Connerade, president of the European Academy of Sciences, Arts and Letters.

“I wanted to compare all of Shakespeare’s texts with the scientific reality of his time,” he says.

Jean-Patrick Connerade, is emeritus professor of physics at Imperial College London, UK, and the president of the European Academy of Sciences, Arts and Letters (EASAL). He is also a poet in his own right, writing in French, under the pen name of Chaunes. He is also a former president of EuroScience.

Digging through the Bard’s works – which has been fully digitised – he discovered two ‘key words‘ hidden in four lines of the tragedy Troilus and Cressida (1602). In it, Ulysses describes the sun as ‘Planet Sol‘.

“The sun is a “planet” for Shakespeare, because it revolves around the Earth. But it is a noble planet, which brings order among the others by imposing its movement through the spheres it drives,” analyses Jean-Patrick Connerade.

According to him, these verses show that the Bard was familiar with the model of the universe devised by the Danish astronomer Tycho Brahe (1546-1601), the most admired scientist of his time. At the time, two major astronomical models were in conflict: the “geocentrism” (the Earth is at the centre of the Universe) of the Greek Ptolemy and the “heliocentrism” (the Sun is at the centre of the Universe) of Copernicus, known since 1543. For the Church, only the first model is in conformity with the Scriptures.

But a third model appeared in 1580: it was Tycho Brahe who, while admiring Copernicus’ theory, rejected the idea that the Earth was not at the centre of the world. “He therefore attempted to merge Ptolemy and Copernicus,” summarises Jean-Patrick Connerade. This would be the “geo-heliocentric” model, where the Earth, which is immobile, remains at the centre of the Universe; the Sun and the Moon revolve around it, while the other planets revolve around the Sun. How did the Bard come to know this model, which remained confidential despite the fame of its inventor?

When he discovered the meaning of the words “Planet Sol”, Jean-Patrick Connerade knew nothing about John Florio. He was told about the thesis defended since 2008 by Lamberto Tassinari, of the University of Montreal (Canada), in his book John Florio, alias Shakespeare (Le Bord de l’Eau, translated into French in 2016). An email dialogue followed. And on 11 February 2018, it was the “eureka effect”.

“I looked up the word ‘sole’ (sun) in John Florio’s dictionary (1598),” says Tassinari. And I read: ‘SOLE – the sunner, the eie of heaven, the planet Sol. So Florio, aka Shakespeare, believed like Tycho Brahe that the Sun was a planet!”

“This tiny clue is like the bloodstain the criminal would leave behind,” he says. The “crime”? The alias under which the Bard, alias John Florio, published this monumental work. Does this clue seem tenuous? On its own, certainly. But it adds up, according to the pro-Florio crowd, to a long list. “No single argument is convincing, but the accumulation of these arguments is thought-provoking,” says Daniel Bougnoux. To sum up, there is a disturbing convergence of vocabulary, style, knowledge, interests and ideas between Florio and the Bard.

“John Florio is an immense creator of new words. His vocabulary, of extraordinary breadth and obvious Italianness, differs from that of other English-speaking writers of his time. All of them, in fact, except one: the Bard, who uses precisely the same words and phrases. It’s quite amazing!”

summarises Jean-Patrick Connerade. The proximity between John Florio and Shakespeare would explain many things. The Bard’s Italianism: 16 of his 38 plays are set in Italy. The place of exile and banishment in his work: 40 sonnets and 14 plays are about it.

But why should John Florio, if he is indeed the Bard, have remained anonymous? There are two hypotheses: a playwright would have been frowned upon by the aristocratic circles to which he was close. Or the Bard’s historical plays could have been commissioned by Sir Francis Walsingham to legitimise the reign of Elizabeth I. The author should therefore not have been seen as an ‘outsider’, nor should he have been too close to the court.

Faced with the “pro-Florio” offensive, the Stratfordians sharpen their weapons. And they respond with a volley of questions. Wasn’t the author Shakespeare hailed as the “gentle Swan of the Avon” seven years after his death by the English playwright Ben Jonson? How could such a deception not have leaked out during Shakespeare’s lifetime? Why did it take two centuries for doubts to arise?

The lines are moving, however.

“The osmosis between the works of Shakespeare and Florio is so obvious that even Stratfordians have been forced to imagine that they are close!” says Jean-Patrick Connerade.

So, you might think that a real debate is about to start? “You don’t argue with people who think the earth is flat.” some Stratfordians say.

So what do you think? Well, you, dear readers, are the judge. And without waiting for an unlikely answer, enjoy this timeless work even more. For, in the end, ‘What’s in a name? What we call a rose, By any other name would smell as sweet” (Romeo and Juliet, 1597).

If music be the food of love, play on: